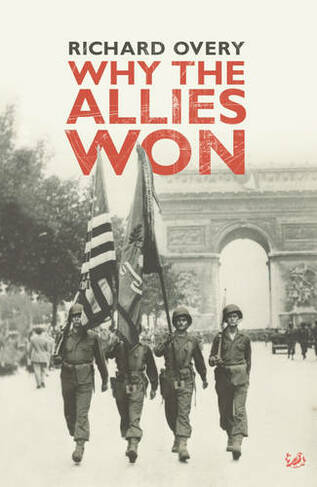 Why The Allies Won

'Outstanding...Overy has written a masterpiece of analytical history, posing and answering one of the great questions of the century' Niall Ferguson, Sunday Times The Allied victory in 1945 - though comprehensive - was far from inevitable. By 1942 almost the entire resources of continental Europe were in German hands and Japan had wiped out the western colonial presence in Asia. Democracy appeared to have had its day. In this remarkable study, Richard Overy provides a reinterpretation of the war through an account of the decisive military campaigns that created the astonishing revival in Allied fortunes. He also explores the deeper factors that determined success and failure: industrial stength, fighting ability, the skills of leaders and the moral contrasts between the two sides. Today the modern world is once more in the throes of painful transformation. It is essential to establish why and how the last great war was won. Richard Overy casts a brilliant light on the most important turning-point of the modern age. `A compelling analysis...skilful and chilling' The Economist 16pp b/w plates

Richard Overy is Professor in History at the University of Exeter. He is the author of books on the Second World War, the European dictatorships and the history of air power. His latest titles include The Dictators: Hitler's Germany and Stalin's Russia (2004) and The Morbid Age: Britain Between the Wars (2009). He is a fellow of the British Academy and winner of the Wolfson History Prize in 2005.