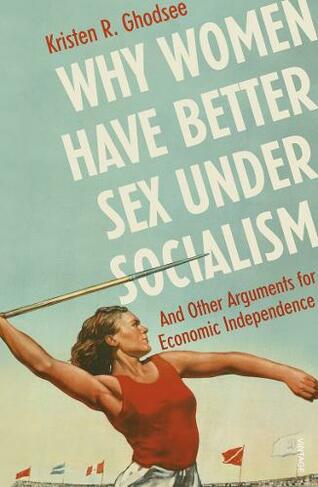 Why Women Have Better Sex Under Socialism: And Other Arguments for Economic Independence

'Funny, angry, urgent. Ghodsee is going to start a revolution' Daisy Buchanan, author of The Sisterhood A witty, fiercely intelligent exploration of why capitalism is rigged against women and what we can do about it. Unregulated capitalism is bad for women. Socialism, if done properly, leads to economic independence, better labour conditions, better work/family balance and, yes, even better sex. If you like the idea of such outcomes, then come along for an exploration of how we can change women's lives for the better.

When the Berlin Wall fell in 1989, Kristen R. Ghodsee was travelling in Europe, and spent the summer of 1990 witnessing first-hand the initial hope and euphoria that followed the sudden and unexpected collapse of state socialism in the former Eastern Bloc. The political and economic chaos that followed inspired Ghodsee to pursue an academic career studying this upheaval, focusing on how ordinary people's lives - and women's particularly - changed when state socialism gave way to capitalism. For the last two decades, she has visited the region regularly and lived for over three years in Bulgaria and the Eastern parts of reunified Germany. Now a professor of Russian and East European Studies at the University of Pennsylvania, she has won many awards for her work, including a Guggenheim Fellowship, and has written six books on gender, socialism, and postsocialism, examining the everyday experiences of upheaval and displacement that continue to haunt the region to this day. Ghodsee also writes on women's issues for the Chronicle of Higher Education and is the co-author of Professor Mommy: Finding Work/Family Balance in Academia. Her articles and essays have appeared in publications such as Eurozine, Aeon, Dissent, Foreign Affairs and The New York Times.