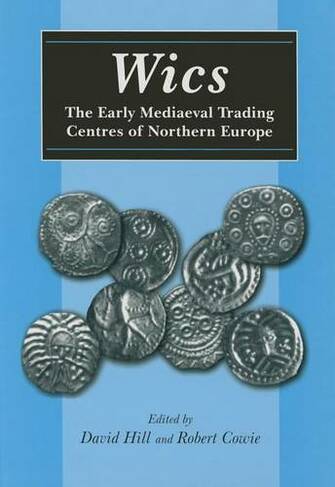 WICS The Early Mediaeval Trading Centres of Northern Europe No. 14

This book reviews thematically the evidence amassed over the last 150 years for the early medieval trading centres of northern Europe, or 'wics', which played a crucial role in the development of urbanism and international trade in the pre-Viking age. The second half of the first millenium witnessed the development in northern Europe of a network of maritime trading centres that are often referred to by archaeologists as 'wics'. This book examines the nature of these settlements thematically in eleven papers written by specialists with first-hand knowledge of the archaeological evidence. Place-names, pottery, glass, coins, animal bones and burials are all discussed. Other aspects of 'wics', including their discovery, investigation, interpretation, and economic and social bases, are also considered. In addition, there are gazetteers describing individual sites, and a selection of contemporary sources. Contributors include Paul Bennett, Vera Evison, Lyn Blackmore, Mark Gardiner, Richard Kemp, David Perkins, Alan Vince, and Keith Wade. illustrations