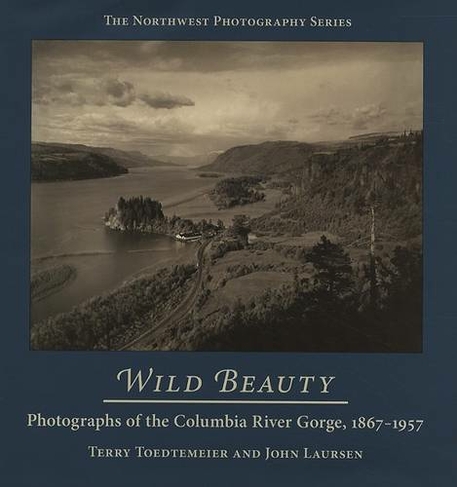 The Columbia River Gorge exerts a powerful influence on the lives and imaginations of the inhabitants of the Pacific Northwest. For people who live here today, just as for those Native Americans and European settlers who preceded us, this dramatic natural landform is a source of awe. Since the 1860s it has inspired superb photographers who have framed and interpreted the way we see the Gorge, and who have in turn had their artistic vision shaped by this compelling landscape. The ninety-year period covered in Wild Beauty was a critical one in the river's history. Over thousands of years the wild, free-flowing torrent of the Columbia River carved a passage the Columbia River Gorge through the Cascade Mountain Range. In the 1860s, when the first photographers arrived, the Gorge still looked much the same as it had when Lewis and Clark made their way down the river in 1805, and indeed as it had for centuries before that, when the native peoples? culture of fishing and trade thrived along the river's banks. In the mid-twentieth century, the character of the river was fundamentally altered by the construction of hydroelectric dams. Terry Toedtemeier and John Laursen have selected more than 130 images most of them previously unpublished and many of them never before available for public view by some three dozen photographers to chronicle the history of photography in the Gorge. Wild Beauty begins in 1867 with images by the legendary Carleton Watkins, creator of some of the greatest landscape photographs of the nineteenth century. Later photographers include Benjamin Gifford, Lily White, Sarah Ladd, Fred Kizer, Alfred Monner, and Ray Atkeson. The volume ends in 1957 with the completion of The Dalles Dam, which drowned Celilo Falls and with it the historic site where Indians had fished for millennia.The images in this beautifully designed volume are presented one to a spread, with captions on the facing pages. The book is organized into five chronological sections, each with a brief introduction; a map shows the locations where the photographs were made. The photographs have been meticulously restored and are exquisitely reproduced in four-color process to capture the subtle coloration and nuanced tonal values of albumen prints, gelatin silver prints, platinum prints, hand-colored photographs, and early Kodachromes.The photography of Watkins and his successors is a significant piece of the cultural heritage of the Pacific Northwest. Readers interested in the history of the Columbia River and the photography of the developing American West will be enthralled by the book's scope and artistry. And those who love the Gorge's stunning beauty will welcome how this volume has captured its grandeur.Wild Beauty represents, in the words of one reviewer, , culmination of decades of research, exhibition, and total immersion in the geology, history, and photography of the Columbia River Gorge.? Oregon State University Press is proud to partner with the Northwest Photography Archive to publish this remarkable volume. illustrations