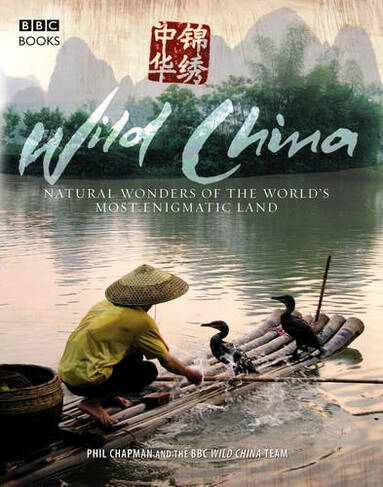 Wild China The Hidden Wonders of the World's Most Enigmatic Land

China has more varied habitats for wildlife than anywhere else on the planet: rivers carve immense gorges through the world's loftiest mountain peaks; vast deserts range from searing heat to mind-numbing cold; wild horses gallop across grass steppe land; shallow seas teem with life; steaming jungles harbour colourful birds and temperate forests shelter giant pandas and golden snub-nosed monkeys. But above all, China is a place of 1.3 billion people, most of whom still live in the countryside. By the improbable cone-shaped hills of Southern China, afloat in a sea of glistening rice paddies, streams conceal dwarf alligators and giant salamanders and trained cormorants catch fish for their masters. In the Himalayas where the temperature can drop nearly 30C in a day, Mongolian nomads roam on horseback along the ancient Silk Road, Kazakh herders hunt with Golden Eagles in the snow, and all share their land with wild yak, giant herds of Chiru antelope, brown bears and snow leopards. Vast river estuaries, migrating birds, coral reefs and busy cities jostle for attention along China's 10,000 km-long eastern seaboard. This cradle of Chinese civilization has developed into the country's most densely-populated and economically dynamic area, while remaining a Mecca for wildlife. To survive, this wildlife must co-exist with over 600 million people in a rapidly-changing environment. Wild China is a stunning visual feast - exploring the length and breadth of one of the world's most spectacular and mysterious countries.

PHIL CHAPMAN, a biogeographer and zoologist, was the series producer of Wild China and has travelled widely in China. His other BBC series include Dragons Alive and Chimp Family Fortunes, along with many Natural World and Wildlife on One programmes.GAVIN MAXWELL was a producer on Wild China and has worked on many BBC series including Wildlife Specials, Nile, Predators, Animals - The Inside Story and Venom ER.