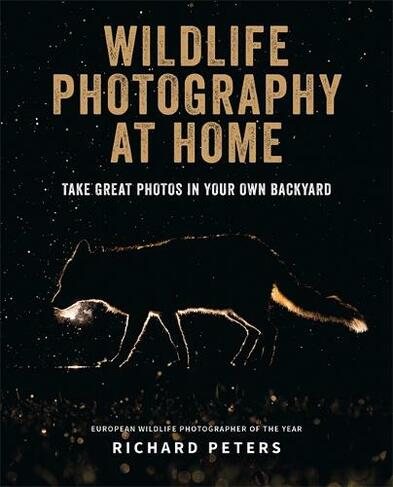 By Richard Peters (Author)
Paperback
https://www.whsmith.co.uk/products/wildlife-photography-at-home/richard-peters/paperback/9781781576762-12-000.html £13.59 rrp £16.99 Save £3.40 (20%)
GBP
Availability
In Stock
Free Delivery Available When You Spend £15 Or More
Details
Spend £15 On Eligible Products To Recieve Free Standard Delivery To You Home Or Free Next Working Day Click And Collect To Store
Share

Richard Peters won the European Wildlife Photographer of the Year award for a photograph taken in his very ordinary suburban back garden. In this book, he shares the methods he used to get stunning professional nature photos without having to head out on safari. Starting with the basics, this book will show a complete beginner how to capture pro-level pictures from their garden. It covers where to place your camera, how optics can completely change your shot, reveals the gadgets that can enhance your photos, and even how to overcome the elements. This is the perfect book for bird-watchers and animal lovers who want to capture what they see and share their passion with the world. Social media definitely loves a good animal photo!

Richard Peters is a UK based wildlife photographer and Nikon Ambassador best known for a style that often favours dramatic light and has received numerous accolades for his work, including being named the European Wildlife Photographer of the Year, alongside winning several awards in the prestigious Wildlife Photographer of the Year. He regularly writes articles for the UK's photographic press and exhibits his work, including in collaboration with the WWF UK. Additionally he donates images to conservation organisations, which have included the Born Free Foundation and the Jane Goodall Institute.