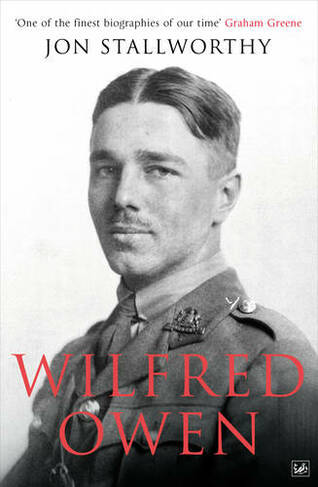 Of all the poets of the First World War, Wilfred Owen most fires the imagination today - this is the comprehensive literary biography of the greatest WW1 poet Wilfred Owen tragically died in battle just a few days before the Armistice. Now, during the centenary year of his death, this biography honours Owen's brief yet remarkable life, and the enduring legacy he left. Stallworthy covers his life from the childhood spent in the backstreets of Shrewsbury to the appalling final months in the trenches. More than a simple account of his life, it is also a poet's enquiry into the workings of a poet's mind. This revised edition contains the beautiful illustrations of the original edition, including the drawings by Owen and facsimile manuscripts of his greatest poems, as well as a new preface by the author. 'One of the finest biographies of our time.' Graham Greene 'An outstanding book, a worthy memorial to its subject.' Kingsley Amis 'As lovingly detailed as the records of Owen's short life permit, but it is always fascinatingly readable, in fact engrossing.' Sunday Telegraph

Jon Stallworthy, born in 1935, was educated at Rugby, in the Royal West African Frontier Force, and at Magdalen College, Oxford, where he won the Newdigate Prize of Poetry. Formerly the poetry editor of Oxford University Press, Stallworthy is professor emeritus of English at the University of Oxford, and a Fellow of the British Academy and of the Royal Society of Literature. He has published seven books of poetry. His biography of Wilfred Owen won the Duff Cooper Memorial Prize, the W. H. Smith Literary Award, and the E. M. Forster Award of the American Academy of Arts and Letters.