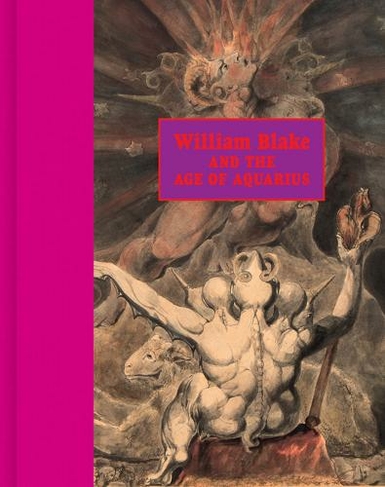 William Blake and the Age of Aquarius

A stunningly illustrated look at how Blake's radical vision influenced artists of the Beat generation and 1960s counterculture In his own lifetime, William Blake (1757-1827) was a relatively unknown nonconventional artist with a strong political bent. William Blake and the Age of Aquarius is a beautifully illustrated look at how, some two hundred years after his birth, the antiestablishment values embodied in Blake's art and poetry became a model for artists of the American counterculture. This book provides new insights into the politics and protests of Blake's own lifetime, and the generation of artists who revived and reimagined his work in the mid-1940s through 1970, or what might be called the "long sixties." Contributors explore Blake's outsider status in Georgian England and how his individualistic vision spoke to members of the Beat Generation, hippies, radical poets and writers, and other voices of the counterculture. Among the artists, musicians, and writers who looked to Blake were such diverse figures as Diane Arbus, Jay DeFeo, the Doors, Sam Francis, Allen Ginsberg, Jess, Agnes Martin, Ad Reinhardt, Charles Seliger, Maurice Sendak, Robert Smithson, Clyfford Still, and many others. This book also explores visual cultures around such galvanizing moments of the 1960s as Woodstock and the Summer of Love. William Blake and the Age of Aquarius shows how Blake's myths, visions, and radicalism found new life among American artists who valued individualism and creativity, explored expanded consciousness, and celebrated youth, peace, and the power of love in a turbulent age. Exhibition schedule: Mary and Leigh Block Museum of Art, Northwestern University September 23, 2017-March 11, 2018 137 color illus.