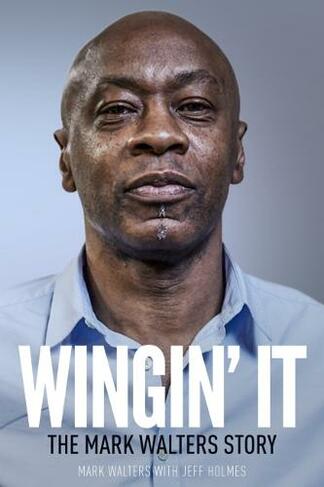 Wingin' It: The Mark Walters Story

Wingin' It is the ultimate story of hope over hate, the insightful autobiography of a footballer who beat the bigots. Due to the colour of his skin, Mark Walters always felt he needed to be twice as good as other players in order to succeed. But Mark drew inspiration from the way the late Cyrille Regis handled his racist detractors, and went on to fulfil his potential by flaunting his dazzling ball skills for England. While a starry-eyed kid in Birmingham, he somehow escaped the clutches of evil paedophile Ted Langford, although his mate wasn't so fortunate. He became an idol of the Villa Park terraces, though his move to Scotland was almost halted by a bloodthirsty mob who pelted him with bananas and pigs' feet. But Walters stood firm to become one of England's most popular exports. After a third successive league title, a GBP1.25 million move to Liverpool reunited him with Graeme Souness. Mark rewrote the record books at Anfield, but would ultimately call his decision to head south 'the biggest mistake of my career'. Includes colour picture section

Jeff Holmes covered sport for The Sun, Daily Record, Evening Times and Paisley Express. He is the author of Blue Thunder: The Jock Wallace Story; Moody Blue: The Story of Mysterious Marco (shortlisted at the 2015 Cross British Sports Book Awards); 1986: The Rangers Revolution; The Journey and A Season to be Cheerful. Wingin' It is Jeff's 17th book.