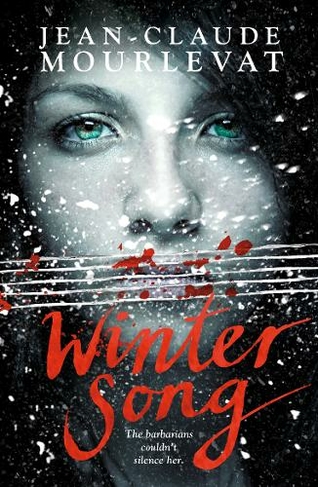 One voice is the weapon against tyranny in this powerful hymn to courage and freedom. Four teenagers escape from their prison-like boarding schools to take up the fight against the tyrannical government that murdered their parents fifteen years earlier. Fleeing across icy mountains from a pack of terrifying dog-men sent to hunt them down, only three of the friends make it safely to Jahn's Restaurant, the headquarters of a secret resistance movement. It is here they learn about courage, freedom and love, and discover the astonishing power of one voice as the battle begins - to free a depressed and terrified nation from a generation of cruelty, and to save their captured friend, forced to fight to the death in a barbaric ancient game.

Jean-Claude Mourlevat was born in Ambert, France. He taught German for five years before deciding to study drama. He wrote and directed burlesque shows for adults and children which were performed for more than ten years in France and abroad. He started writing in 1996 and his stories were published the same year. He first wrote short texts which were illustrated and became children's books. He lives in a house overhanging the River Loire, near Saint-Etienne, with his wife and two children.Visit Jean-Claude's French website at www.jcmourlevat.com