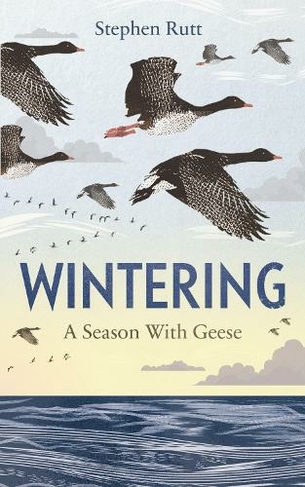 Wintering: A Season with Geese

By Stephen Rutt (Author)
Hardback
£10.65 rrp £12.99 Save £2.34 (18%)
GBP
Availability
In Stock
Free Delivery Available When You Spend £15 Or More
Details
Spend £15 On Products To Receive Free Standard Delivery To Your Home Or Free Next Day Click and Collect To Stores
Share

Also available on eBook for £6.11. Click here to purchase from Rakuten Kobo

The new season begins. The geese return... Selected as a BOOK OF THE YEAR by The Times; The arrival of huge flocks of geese in the UK is one of the most evocative and powerful harbingers of winter; a vast natural phenomenon to capture the imagination. So Stephen Rutt found when he moved to Dumfries one autumn, coinciding with the migration of thousands of pink-footed geese who spend their winter in the Firth. Thus began an extraordinary odyssey.; From his new surroundings in the north to the wide open spaces of his childhood home in the south, Stephen traces the lives and habits of the most common species of goose in the UK and explores the place they have in our culture, our history and, occasionally, on our festive table.; Wintering takes you on a vivid tour of the inbetween landscapes the geese inhabit, celebrating the short days, varied weathers and long nights of the season during which we share our home with these large, startling, garrulous and cooperative birds.; Praise for Wintering:; 'A poignant testament to how we can find peace in the rhythms of the natural world.' - The Times, Books of the Year 2019; 'Illuminating history and descriptive nature writing make Wintering an understated gem.' - Waterstones.com, Gifts for Nature Lovers; 'Rutt's dreamy prose is as cool and elegant as the season he charts.' - Jon Dunn, BBC Wildlife; 'I will never look at geese the same again. Strangely, I can't wait for winter.' - Caught by the River

Stephen Rutt is a birder, freelance nature writer and book reviewer whose work has appeared in Earthlines Magazine, Zoomorphic, The Harrier, Surfbirds, BirdGuides and The East Anglian Daily Times. His first book The Seafarers, which received the Roger Deakin award, was born during the seven months he spent at the bird observatory on North Ronaldsay in the Orkneys. He lives in Dumfries.