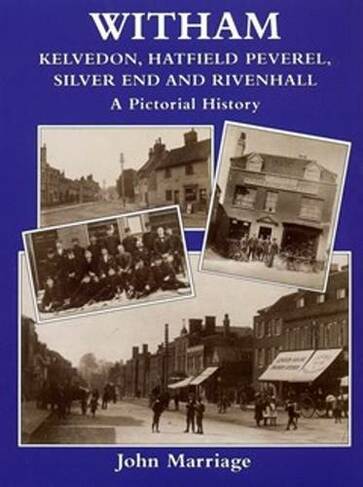 Witham, Kelvedon, Hatfield Peverel, Rivenhall and Silver End all feature in this book about this now mainly residential area straddling the old Roman road. Witham was a Saxon settlement and the manor was given to the Knights Templar in 1148. In 1215 they established a weekly market at a place they called `La Newelande'. Market forces encouraged a new community to grow up here, which became known as Chipping Hill. Much later the little town became a major posting stage for coaches and in the 19th century this was replaced by engineering industry.