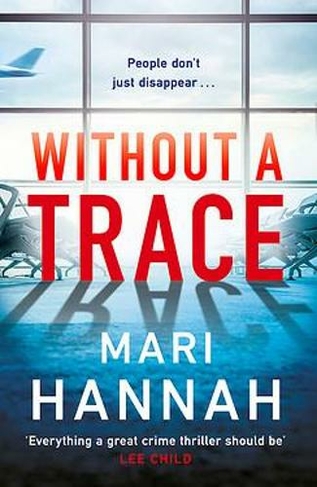 Without a Trace: Capital Crime's Crime Book of the Year

'Involving, sophisticated, intelligent and suspenseful' Lee Child 'A gripping, twisty police procedural' Shari Lapena 'Sets off at a cracking pace from page one and never slows down' Rachel Abbott 'Compelling, page-turning suspense ... Mari is a writer at the very top of her game' Steve Cavanagh A FATAL CRASH A plane on route from London to New York City has disappeared out of the sky. This breaking news dominates every TV channel, every social media platform, and every waking hour of the Metropolitan Police and US Homeland Security. A PRIVATE TRAGEDY The love of DCI Kate Daniels' life was on that aircraft, but she has no authority to investigate. This major disaster is outside of her jurisdiction and she's ordered to walk away. A SEARCH FOR THE TRUTH But Kate can't let it lie. She has to find out what happened to that plane - even if it means going off book. No one is safe. And there are some very dangerous people watching her...

Mari Hannah is a multi-award-winning author whose authentic voice is no happy accident. A former probation officer, she lives in rural Northumberland with her partner, an ex-murder detective. Mari turned to script-writing when her career was cut short following an assault on duty. Her debut, The Murder Wall (adapted from a script she developed with the BBC), won her the Polari First Book Prize. Its follow-up, Settled Blood, picked up a Northern Writers' award. Her Kate Daniels series is in development with Stephen Fry's production company, Sprout Pictures. Mari's body of work won her the CWA Dagger in the Library 2017, an incredible honour to receive so early on in her career. In 2019, she was Chair for Theakston Old Peculier Crime Writing Festival and was awarded the Diva Wordsmith of the Year.