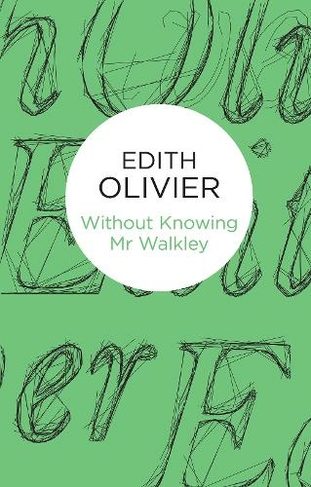 "Nowadays, one meets fewer 'Characters' than of old, and life seems to be far more uniform. Everyone knew some oddities in their childhood, curious people who looked and behaved quite unlike others, but such pronounced individuality is rare to-day." In this mesmerising autobiography, acclaimed novelist Edith Olivier describes her remarkable life, which spanned the last decades of the nineteenth century, two world wars, and the birth of modern Britain. The daughter of a stern, traditional and fiercely charismatic Victorian rector, her journey begins with a childhood rooted in the timeless traditions of the Wiltshire countryside. From the start, Olivier's account is a treasure trove of historical knick-knacks and engaging anecdotes: from her studies at Oxford University in 1895 to her friendships with famous First World War poets, energetic efforts on behalf of the Women's Land Army and supernatural experiences on the Salisbury plains. Edith Olivier's wry and witty narrative vividly conjures the oddball characters, smells, sounds and sights of a bygone era.

Edith Olivier (1872-1948) was born in the Rectory at Wilton, Wiltshire, in the late 1870s. Her father was Rector there and later Canon of Salisbury. She came from an old Huguenot family which had been living in England for several generations, and was one of a family of ten children. She was educated at home until she won a scholarship to St Hugh's College, Oxford. Her first novel, The Love Child, was published in 1927 and there followed four works of fiction: As Far as Jane's Grandmother's (1928), The Triumphant Footman (1930), Dwarf's Blood (1930) and The Seraphim Room (1932). Her works of non-fiction were The Eccentric Life of Alexander Cruden (1934), Mary Magdalen (1934), Country Moods and Tenses (1941), Four Victorian Ladies of Wiltshire (1945), Night Thoughts of a Country Landlady (1945), her autobiography, Without Knowing Mr. Walkley (1938) and, posthumously published, Wiltshire (1951).Edith Olivier spent her life within twenty miles of her childhood home, and died in her beloved Wilton in 1948.