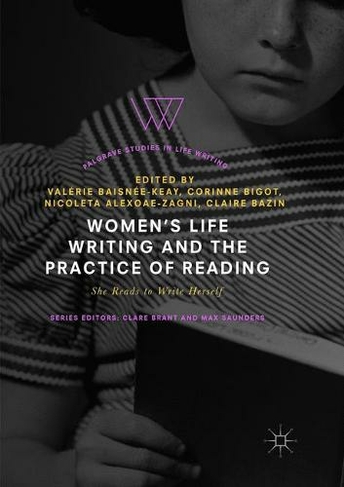 Women's Life Writing and the Practice of Reading She Reads to Write Herself Softcover reprint of the original 1st ed. 2018

This collection of essays offers a stimulating insight into the practice of reading and the relationship between reading and writing in women's life writing texts such as memoirs, autobiographies, diaries, travel logs, and graphic memoirs. It covers a great variety of writers from literary classics such as Virginia Woolf to the authors of slave narratives. Some essays focus on how literary texts help frame a narrative of the self, acting as models and counter models; others insist on the role of literature in resisting imposed gendered and ethnic identities. The essays also show that female writers use reading to deepen their relationship to the rest of the world. While reading is often represented as central to life and aesthetic experience, the collection stresses that there is no single or universal approach to reading in women's life writing. Taking into account debates about life writing, the collection opens new fields of investigation and fully participates in current scholarly conversations in the field. 10 Illustrations, black and white; XVIII, 339 p. 10 illus.

Valerie Baisnee-Keay is Senior Lecturer at the University of Paris Sud, France, specialising in contemporary women's life writing and poetry. Her publications on women's life writing include Gendered Resistance (1997) on Simone de Beauvoir, Frame Maya Angelou and Marguerite Duras and Through the Long Corridor of Distance (2014) on New Zealand women's autobiographies. Corinne Bigot is Senior Lecturer in English and postcolonial literature at Universite Toulouse Jean Jaures, France. She holds a PhD in Canadian Literature, and has published extensively on works by Canadian women writers, notably Alice Munro. She has recently been working on diasporic autofiction and memoirs.Nicoleta Alexoae-Zagni is Senior Lecturer at Paris 8 University, France. Her areas of research include Asian American, Ethnic and Postcolonial Studies. After extensive work on self-writing in the works of Maxine Hong Kingston and Shirley Geok-lin Lim, she is currently engaged in the exploration of contemporary Japanese-American self-referential representations. Claire Bazin is Professor of Nineteenth Century English Literature and Commonwealth Literature at Paris Nanterre University, France. She is the author of several books on Charlotte and Emily Bronte, and Janet Frame. She is the author of Janet Frame in Writers and Their Work (2011).