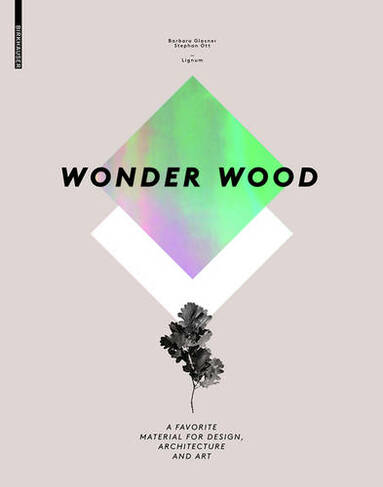 Wonder Wood: A Favorite Material for Design, Architecture and Art

Wonder Wood presents this timeless material as it is being used today and how it can be used in the future. It also documents a selection of current international projects and processes, making-ofs, and experiments by 120 internationally renowned designers, architects, and artists, whose creative and innovative approach to the material makes their work compelling. For selected projects, interviews with the designers provide an in-depth look at the creative process and its results. A second section, dedicated to materials and technologies examines innovative developments as well as wood, wood-based materials, finishing technologies, and wooden structure principles. With biographies of the designers represented in the book, an alphabetical index, a bibliography and sources, Wonder Wood will serve the reader as a classic book of reference. 450 Illustrations, color

Barbara Glasner holds a master's degree in interior design and works as a consultant and freelance curator for design and architecture in Frankfurt am Main, Germany. From 2001 to 2007, in collaboration with the German Design Council, she supervised the various editions of the highly successful design project "ideal house cologne," where internationally renowned designers such as Zaha Hadid, Hella Jongerius, Patricia Urquiola, Fernando and Humberto Campana, Konstantin Grcic, Ronan and Erwan Bouroullec, Naoto Fukasawa, Stefan Diez, and Dieter Rams presented their visions of future living at the International Furniture Fair (imm cologne) in Cologne, Germany. In 2008, she published the book Patterns 2. Design, Art and Architecture together with Petra Schmidt and Ursula Schoendeling, and in 2009 Chroma. Design, Architecture, and Art in Color in cooperation with Petra Schmidt, both published by Birkhauser Verlag. www.barbara-glasner.de Stephan Ott holds an MA in German Studies, History, Politics and Theater, Film and Television Studies and works as a freelance author, journalist and editor with a key focus on design. Between 1999 and 2012 Ott worked for the German Design Council and initially headed their press and publicity department. Until recently he was responsible there for communications strategy and conception as well as the editorial department. Since July 2012, Stephan Ott has been editor-in-chief of the design magazine form. He also teaches text design at the Academy of Visual Arts (AVA) Frankfurt. www.design-international.net