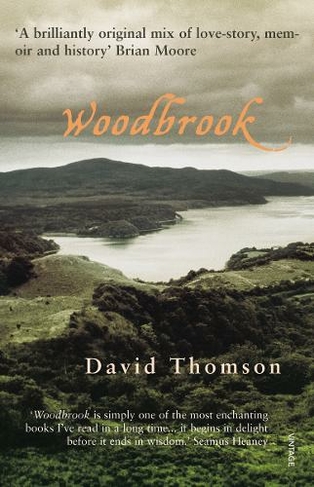 Woodbrook is a rare house that gives its name to a small, rural area in Ireland, not far from the old port of Sligo. It has been owned since the seventeenth century by the Anglo-Irish Kirkwoods. In 1932, David Thomson, aged eighteen, went there are a tutor. He stayed for ten years. This memoir, acknowledged as a masterpiece, grew out of two great loves - for Woodbrook and for Phoebe, his pupil. In it he builds up a delicate, lyrical picture of a gentle pre-war society, of Irish history and troubled Anglo-Irish relations, and of a delightful family. Above all, his story reverberates with the enchantment of falling in love and with the desolation of bereavement.

David Thomson was born in India in 1914 to Scottish parents, but grew up in Scotland and Derbyshire. After the period described in Woodbrook he developed a career in writing and at the BBC. He died in 1988.