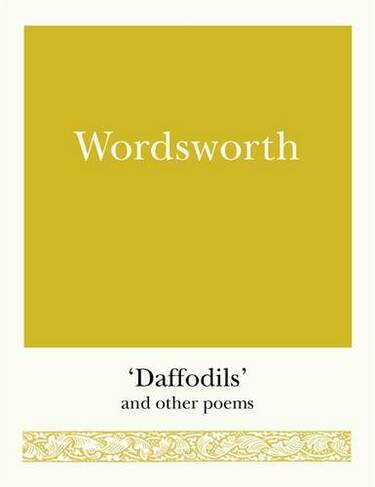 William Wordsworth is chiefly remembered as one of the `Lake Poets'. Yet he was also one of the founders of English Romanticism, a writer whose early revolutionary fervor imbued his verse and his ideals. Much of Wordsworth's work was inspired by nature, but to a style rich in lyrical imagery he brought a deep interest in liberal humanitarianism and a profound concern for the lives, habits and speech of ordinary people, especially country people. This pocket-sized collection includes: `I wandered lonely as a cloud' (`Daffodils'), `Ode. Intimations of Immortality', `Character of the Happy Warrior', `The Solitary Reaper', `To a Sky-Lark', `Tintern Abbey', and extracts from `The Prelude'. Also available in the 'Pocket Poets' series: 9781782437116 Keats: 'Ode to a Nightingale' and Other Poems 9781782437109 Kipling: 'If-' and Other Poems 9781782437093 Burns: 'A Red, Red Rose' and Other Poems

William Wordsworth was born in Cumberland in 1770. After Cambridge University, he lived for a time in Revolutionary France, before returning to England in 1793. In 1797 he moved to Somerset, where he and his friend Coleridge published Lyrical Ballads, a landmark in English Romanticism. In 1802 Wordsworth moved back to the Lakes with his sister and married Mary Hutchinson in the same year. He continued to write poetry, and was Poet Laureate from 1843 until his death in 1850.