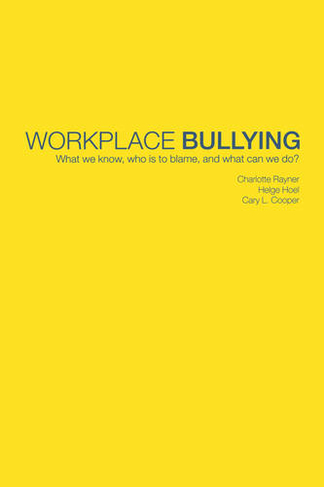 Workplace Bullying: What we know, who is to blame and what can we do?

Workplace bullying is an area that has attracted significant press attention throughout the last decade. A variety of well publicized surveys have revealed that this is an issue endemic in working life in Britain; and, at a conservative estimate, over half the working population can expect to experience bullying at work (either directly by being bullied, or through witnessing it) at some stage in their careers. This is now seen to be a disturbing event, with something like a fifth of witnesses and a quarter of direct targets leaving their organizations. This serious damage to individuals has been accorded little direct research in Britain, although it has resulted in court cases brought under health and safety and equal opportunities legislation. The recognition of the problem and the emergence of court cases, have both served to focus employers on the need to deal with the issue. The recent strike vote at Ford in Dagenham, asking the employer to enforce existing anti-harassment policies, highlights the fact that having paper policies is not enough. Workplace Bullying is derived from the largest survey ever carried out on workplace bullying, supported by the CBI, TUC, Federation of Small Businesses, IPD, and the HSE among others. This study covered 5,500 people, but the book goes beyond it to explore all the issues associated with what is becoming a major issue in organizations.