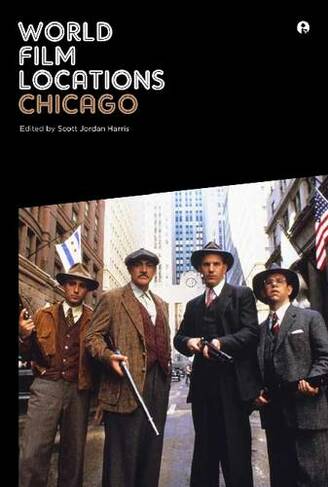 While some call it the Second City, Chicago is no stranger to the silver screen. Director Christopher Nolan transformed Chicago into the darkly foreboding Gotham City for The Dark Knight. Ferris Bueller rode a parade float down Dearborn and made stops during his epic day off at a host of landmarks, from Buckingham Fountain to Wrigley Field. Everyone's favorite foul-mouthed blues act ended their film's climactic chase by taking the Bluesmobile through the plate-glass windows of the Richard J. Daley Center. With World Film Locations: Chicago, critic Scott Jordan Harris takes readers on a cinematic tour of the city, featuring modern blockbusters and beloved classics. Along the way, scenes from almost fifty films made or set in the city are discussed, accompanied by full-color stills and interspersed with essays examining the city's unique character onscreen. Among the contributors are Gordon Quinn, cofounder of Chicago's Kartemquim Films; Elizabeth Weitzman, film critic for the New York Daily News; the BBC's Samira Ahmed; and Steve James, director of the coming-of-age classic Hoop Dreams. For readers hoping to locate landmarks from favorite films, the book also includes detailed maps that point out key scenes. A fun and fact-packed read, World Film Locations: Chicago will be welcomed by film fans and anyone planning a trip to the Windy City.