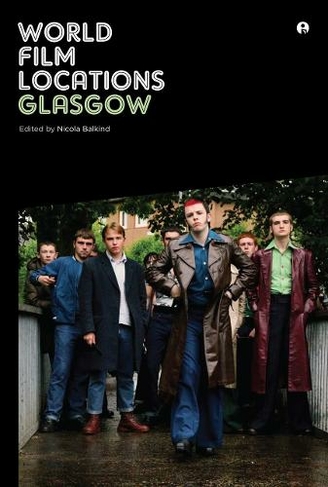 World Film Locations: Glasgow explores Scotland's biggest city and the many locations in which its films are viewed, set, and shot. Taking in the important moments and movements in its rich cinematic history, this book seeks to discover the city's culture, character, and comedy through its cinematic identity. Essays cover a variety of topics including a background of Glasgow's cinema-goers and picture houses, the evolution of Scots comedy, and the role of the city as inspiration for grassroots and underground filmmakers, as well as big Hollywood productions. Thirty-eight films are featured, from classics like Forsyth's Gregory's Girl and Loach's Carla's Song to cult hits like Boyle's Trainspotting. Bollywood is also represented, alongside European titles and grim Scots realism like Sweet Sixteen, My Name is Joe, and Red Road, and new titles including Fast Romance, Perfect Sense, and NEDs, making this an essential guide to Scotland in film. Illustrations (chiefly col.), col. maps, ports. (chiefly col.)

Nicola Balkind is a Glasgow-based writer and digital freelancer.