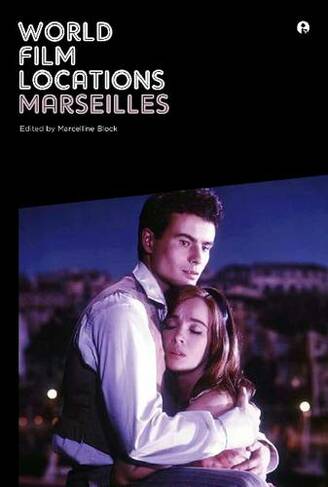 As France's oldest city, Marseilles has a significant cinematic culture, dating back to the 1890s when the Lumiere brothers shot many films there. Due to its prolific film industry in the 1920s, Marseilles was referred to as "the French Los Angeles." World Film Locations: Marseilles examines the representations of this port city in cinema, through essays and film scene reviews devoted to an exploration of its topography as depicted by Jean Epstein, Jean-Luc Godard, Jean-Pierre Melville, Jean Renoir, Jean-Jacques Beineix, and many others. This volume showcases Marseilles's diversity as articulated onscreen: from the winding streets of the Panier to the Old Port's noisy markets, from the bustling Canebiere to the dockyards of the Grand Port Maritime, from the cliffs of Provencal encircling the city to sun-drenched calanques leading to the dazzling cerulean sea. World Film Locations: Marseilles features maps of film scenes, high-quality screengrabs, and images of movie locations as they appear today, accompanied by original texts penned by leading international film scholars and critics and an interview with Marseillais director Robert Guediguian. Marseilles has been named a 2013-14 European Capital of Culture and this book is a fitting and timely tribute. Illustrations (chiefly col.) col. maps, ports. (chiefly col.)

Marcelline Block is a lecturer at Princeton University, where she is completing her PhD in French. She is the editor or coeditor of several volumes, including World Film Locations: Paris, World Film Locations: Las Vegas, and Situating the Feminist Gaze and Spectatorship in Postwar Cinema.