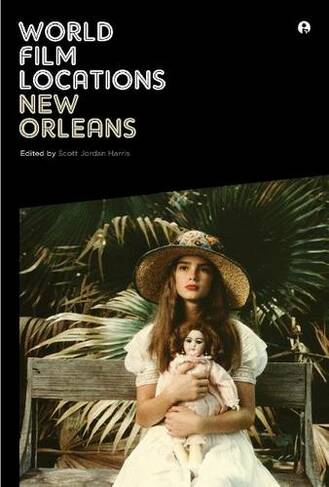 With more and more filmmakers taking advantage of its rich and varied settings, New Orleans has earned star-studded status as the "Hollywood of the South." From the big-screen adaptation of the stage classic A Streetcar Named Desire to the Elvis Presley musical King Creole, many well-known films have a special connection with the Big Easy, and this user-friendly guide explores the integral role of New Orleans in American film history. World Film Locations: New Orleans features essays that reflect on the city's long-standing relationship with the film industry. Among the topics discussed are popular depictions of Hurricane Katrina on film, the prevalence of the supernatural in New Orleans cinema, and recent changes to city ordinances that have made New Orleans even more popular as a film destination. As the most frequently filmed area of New Orleans, the French Quarter is given particular attention in this volume with synopses of scenes shot or set there, including The Big Easy, Interview with the Vampire, and the much-loved Bond film Live and Let Die. Additional synopses highlight numerous other film scenes spanning the city, and all are accompanied by evocative full-color stills. The historic neighborhoods and landmarks of New Orleans have provided the backdrop for some of the most memorable moments in film history, and World Film Locations: New Orleans offers fans a guided tour of the many films that made the city their home. Illustrations, maps

Scott Jordan Harris is a writer and critic, as well as the editor of the Big Picture magazine, also published by Intellect. He is the editor of World Film Locations: New York and a staff writer for both Film International and PopMatters.