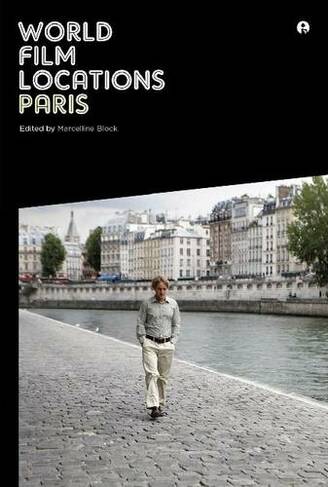 "We'll always have Paris," Humphrey Bogart assures Ingrid Bergman in the oft-quoted farewell scene from Casablanca in which Bogart's character, hard-hearted restaurateur Rick Blaine, bids former lover Ilsa Lund goodbye. The backdrop against which they first fell in love, Paris later serves as a reminder of their deep mutual longings. And with a host of different realizations by filmmakers from Philip Kaufman to Julien Leclercq to Woody Allen, there is no question that Paris has likewise endured in the memories of cinephiles worldwide. World Film Locations: Paris takes readers on an unforgettable tour of the City of Lights past and present through the many films that have been set there. Along the way, we revisit iconic tourist sites from the Eiffel Tower--whose stairs and crossbars inspired more than one famous chase scene--to the Moulin Rouge overlooking the famously seedy Place Pigalle. Other films explore lesser-known quartiers usually tucked away from the tourist's admiring gaze. Handsomely illustrated with full-color film stills and contemporary photographs, more than fifty scenes are individually considered with special attention to their use of Paris's topography as it intersects with characters, narrative, and plot. A host of important genres and cinematic movements are featured, including poetic realism, the New Wave, cinema-verite, the literary works of the Left Bank Group, and Luc Besson's slickly stylized cinema du look. Meanwhile, essays foreground contributions from Francophone African directors and emigre filmmakers. For centuries, Paris has reigned over the popular imagination. For those who have visited or those who have only imagined it through art, literature, and film, World Film Locations: Paris presents a wonder-filled cinematic exploration of the mythical city that fans of French cinema--and new initiates--will appreciate. Illustrations (chiefly col.), col. maps, ports. (some col.)

Marcelline Block is a lecturer in history at Princeton University, where she is completing her PhD in French. She is the editor or coeditor of several volumes, including Situating the Feminist Gaze and Spectatorship in Postwar Cinema.