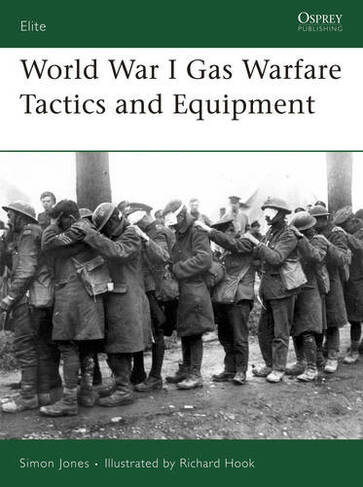 Battlefield Gas was first employed in April 1915 at the village of Langemarck near Ypres. At 1700 hours, the Germans released a five mile-wide cloud of 168 tons of chlorine gas from 520 cylinders, causing panic and death in the French and Algerian trenches. Despite initial widespread condemnation and disgust, its use rapidly spread with all the armies entering into the race to produce gases, new ways to use them, and protective measures including masks and warning systems. For the first time in detail, this book charts the development of gas as a battlefield weapon and the steps taken to counter it. With an abundant array of artwork and photographs illustrating the gas masks, insignia, and protective clothing of the protagonists, this book conveys the horror of the gas attack and reveals the practicalities of how soldiers struggled to cope with the reality of this new form of warfare. Illustrations

Simon Jones is a former curator at the Royal Engineers Museum who studied gas warfare in World War I for his BA and has specialised in the for 20 years. He has written a number of excellent articles on the subject. The author lives in Liverpool, UK.