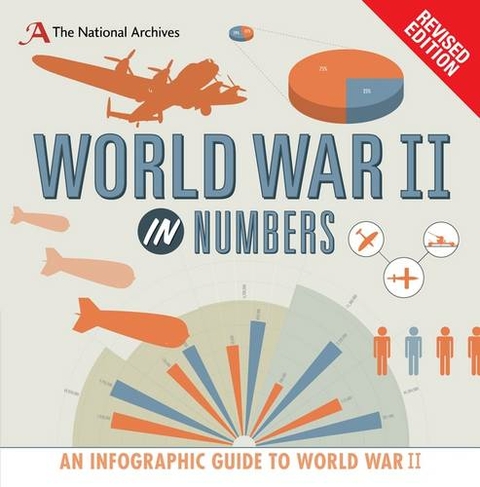 World War Two was the most terrible war that Europe, and indeed the world, had ever seen. Discover the truth behind the propaganda with this brilliantly informative, infographic guide to the real statistics behind WWII. How many soldiers went to war? How many came home? How many civilians were made homeless? How many bombs were dropped, and where did they land? With over 25 nations fighting the second world war on four different continents the numbers were staggering. Covering a huge amount of content World War II in Numbers brings these staggering statistics to life with easily digestible graphics depicting the conflict, casualties, weaponry, cost and technology, clearly illustrating the war's impact on individuals, whole countries, and the global social and economic effects that would last long into peacetime.

Peter Doyle is a scientist and military historian specializing in the role of terrain in warfare. He is a visiting Professor at University College London, and is co-secretary of the All Party Parliamentary War Heritage Group.