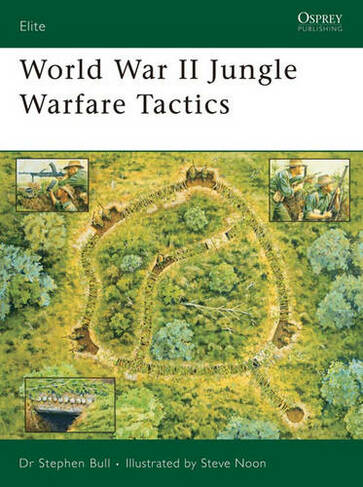 Suffocating heat, tropical rain and hostile jungle terrain were but a few of the treacherous obstacles that confronted the Allies when they fought against the Imperial Japanese Army in the Southeast Asian rainforest. Aided by the knowledge of the terrain, the Japanese were consistently successful in their advances during the winter of 1941-42. However, once the Allies realised that unconventional means and specific jungle skills would be needed in order to survive and win, they developed effective units able to fight the Japanese in this hostile environment. Providing an expert analysis of tactical warfare, this book explains the early successes of the Japanese and highlights how the Allies overcame many physical and psychological impairments, to master the art of jungle warfare and finally conquer the strange and claustrophobic jungle environment. Illustrations (some col.)

Dr Stephen Bull was born in 1960 and obtained his doctorate from University College, Swansea, with a study of English Civil War weapons. At present he is the Curator of the Museum of Lancashire in Preston, which incorporates collections of several local regiments. For several years he worked on a fortifications project at the National Army Museum, and later in the Weapons Department. He has written several articles for specialist journals, including a number on the weapons and tactics of World War I. For Osprey he has previously written the bestselling volumes on World War I Trench Warfare and World War II Infantry Tactics. The author lives in Preston, UK.