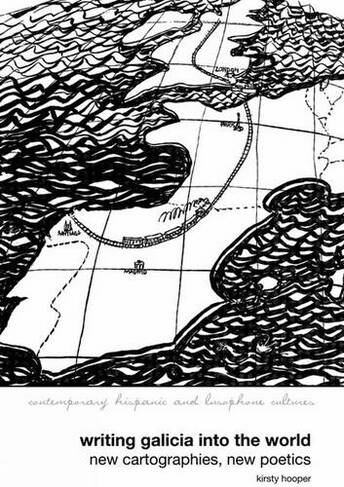 Writing Galicia explores a part of Europe's cultural and social landscape that has until now remained largely unmapped: the exciting body of creative work emerging since the 1970s from contact between the small Atlantic country of Galicia, in the far north-west of the Iberian peninsula, and the Anglophone world. Unlike the millions who participated in the mass migrations to Latin America during the 19th century, those who left Galicia for Northern Europe in their hundreds of thousands during the 1960s and 1970s have remained mostly invisible both in Galicia and in their host countries. This study traces the innovative mappings of Galician cultural history found in literary works by and about Galicians in the Anglophone world, paying particular attention to the community of 'London Galicians' and their descendants, in works by artists (Isaac Diaz Pardo), novelists (Carlos Duran, Manuel Rivas, Xesus Fraga, Xelis de Toro, Almudena Solana) and poets (Ramiro Fonte, Xavier Queipo, Erin Moure). The central argument of Writing Galicia is that the imperative to rethink Galician discourse on emigration cannot be separated from the equally urgent project to re-examine the foundations of Galician cultural nationalism, and that both projects are key to Galicia's ability to participate effectively in a 21st-century world. Its key theoretical contribution is to model a relational approach to Galician cultural history, which allows us to reframe this small Atlantic culture, so often dismissed as peripheral or minor, as an active participant in a network of relation that connects the local, national and global.

Kirsty Hooper is a Professor of Hispanic Studies at the University of Warwick.