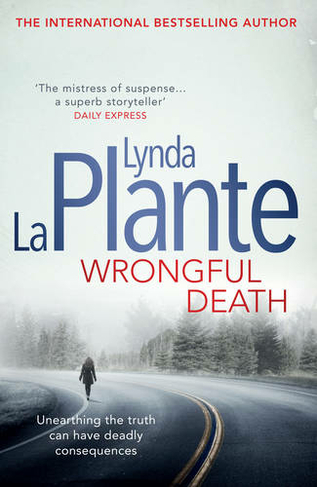 Duty to the job or personal ambition? Anna Travis must decide where her loyalties lie . . . Six months ago, London nightclub owner Josh Reynolds was found dead from a single gunshot wound to the head, the gun held in his right hand. His death was quickly determined to be a suicide, the investigation was closed . . . a case done and dusted. Until now. A young man, awaiting trial for armed robbery has informed his guards that Reynolds was murdered, and that he has information to share with the police. DCS James Langton tasks DCI Anna Travis to review the case. As soon as she wraps up the investigation, Langton tells Anna she can join him for training at the FBI Academy in Virginia, USA. Meanwhile, Senior FBI Agent, Jessie Dewar, crime scene expert, is seconded to Anna's team as part of her research. Dewar's brash manner soon ruffles feathers among the MET, and what should have been a simple case of tying up loose ends becomes a political nightmare as the competence of the original investigation team is questioned. Anna's trip to America is approaching, but now that the situation at the MET has become so volatile, can she trust Dewar to finish the job in her absence? EU Toy Safety Directive - No warning

Lynda La Plante was born in Liverpool. She trained for the stage at RADA and worked with the National Theatre and RSC before becoming a television actress. She then turned to writing - and made her breakthrough with the phenomenally successful TV series Widows. Her novels have all been international bestsellers. Her original script for the much-acclaimed Prime Suspect won awards from BAFTA, British Broadcasting and the Royal Television Society as well as the 1993 Edgar Allan Poe Award. Lynda La Plante was made an honorary fellow of the British Film Institute and was given the BAFTA Dennis Potter Award in 2000. She was awarded a CBE in the Queen's Birthday Honours list in 2008 and was inaugurated into the Crime Thriller Writers' Hall of Fame in 2009. Visit Lynda at her website: www.lyndalaplante.com Twitter: @LaPlanteLyndawww.facebook.com/LyndaLaPlanteCBE