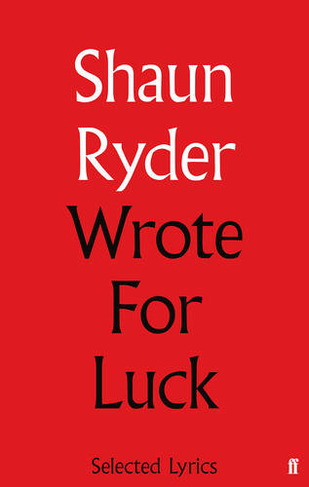 In the mid-1980s the Happy Mondays emerged as the prime mischief makers on the Madchester scene. Chief protagonist was Shaun Ryder, a man whose lyrical street swagger in songs like Kinky Afro, 24 Hour Party People and Performance, would come to define a generation. Here, collected and edited for the first time, in trade and special editions, are his unforgettable lyrics with commentary by the man himself and an introduction by his literary collaborator, Luke Bainbridge. With characteristic understatement, Tony Wilson once compared Shaun William Ryder's lyrics to the poetry of W. B. Yeats. That is, if W. B. Yeats had been an inveterate drug-taker and occasional dealer, a compatriot of criminals and crazies, an aficionado of low life and high times; if he had painted artful sketches of endless parties and urban blight, of chancers, dead beats, fanatics and, always, an endless stream of pharmaceuticals; if W. B. Yeats had composed fractured, hilarious, grubby and shrewdly observed anthems for the Madchester generation. That W. B. Yeats: Shaun William Ryder.

Shaun Ryder is lyricist and singer in Happy Mondays and Black Grape, and author of the bestselling memoir, Twisting My Melon.