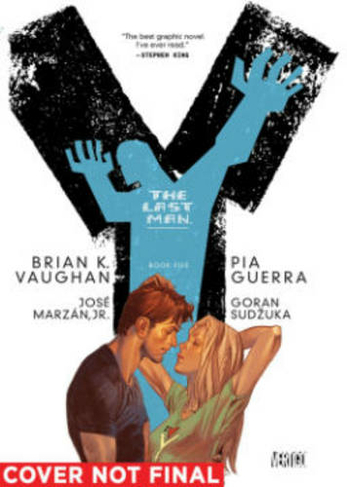 By Brian K. Vaughan (Author)
Paperback
£12.79 rrp £15.99 Save £3.20 (20%)
GBP
Availability
In Stock
Free Delivery Available When You Spend £15 Or More
Details
Spend £15 On Products To Receive Free Standard Delivery To Your Home
Share

In this final volume, Yorick and Agent 355 prepare for their ultimate quest to reunite the last man with his lost love, while the person, people or thing behind the disaster that wiped out half of humanity is revealed. Then, Yorick Brown's long journey through an Earth populated only by women comes to a dramatic, unexpected conclusion. Collects Y: THE LAST MAN #49-60.

Brian K. Vaughan is the Eisner and Harvey Award-winning co-creator of many critically acclaimed comic books, including Saga, Y- THE LAST MAN, EX MACHINA, Runaways and PRIDE OF BAGHDAD. A professional comics writer since his days as an undergraduate film student at New York University, Brian has written every major DC and Marvel character from Batman to the X-Men. He's also written several screenplays, stage plays and short stories, but mostly, he likes to work on the funnybooks. He also served as writer and story editor on the hit TV series Lost.