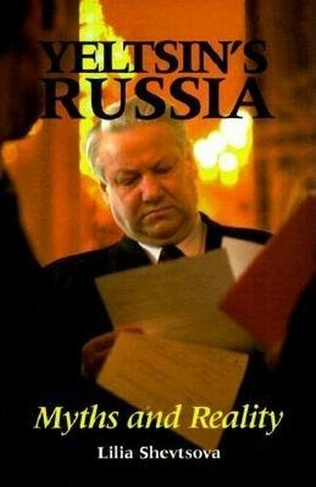 In this comprehensive assessment of what has happened in Russia since 1991--what has been accomplished and what so far has failed--the author argues that the new situation in Russia cannot be defined simply in terms of either authoritarianism or liberal democracy. The reality is more complicated -a heterogeneous patchwork of despotism, liberalism, populism, paternalism, and democracy all coexisting. Russia's political life is marked by plurality of views and actors. Opposition movements are proliferating. On the economic front, Russia crossed the threshold to a market economy. Strides have been made in providing guarantees for individual liberties. Russians turn out to vote, for instance, in numbers that put US voters to shame. These advances are impressive. Yet Russia is still struggling desperately to evolve from its Soviet past. New conflicts emerged that are now beginning to act as a brake on reform. The basic problems of state-building have yet to be resolved: defining the nation in an ethnically mixed population, building consensus on power-sharing among federal power and regional leaders, creating a meaningful post-superpower international role. Shevtsova analyzes the major issues of Russian development: the behavior of major interest groups, the emergence of new oligarchic clans, the clashes of branches of power and what is behind them, the real causes of Chechen war, the interaction of stability and instability. She scrutinizes the major political personalities who have had and continue to have an impact on Russian developments--Gaidar, Rutzkoi, Kchasbulatov, Chernomyrdin, Chubais. The main focus is on Yeltsin, who has managed stunning political transformations--from communist to populist, to liberal, democrat, and statist. Over and over, he has regained preeminence at the very moment when even his own supporters had virtually written him off. Much will depend on the manner, character, and timing of his departure from the political scene--as well as on the legacy he leaves behind.

Lilia Shevtsova co-chairs the Russian Domestic Politics and Political Institutions Project at the Carnegie Endowment for International Peace, dividing her time between the Carnegie office in Washington, D.C., USA, and the Carnegie Moscow Center, Russia. She is author of Putin's Russia (2005) and Yeltsin's Russia: Myths and Reality (1999), and coeditor (with Archie Brown) of Gorbachev, Yeltsin, and Putin: Political Leadership in Russia's Transition (2001), all published by the Carnegie Endowment.