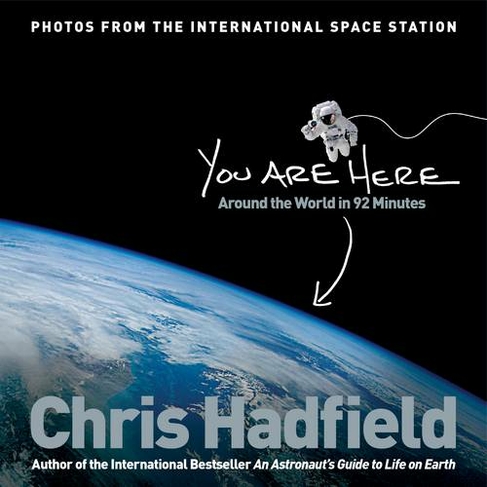 You Are Here Around the World in 92 Minutes

In You Are Here, celebrated astronaut Chris Hadfield gives us the really big picture: this is our home, as seen from space. The millions of us who followed Hadfield's news-making Twitter feed from the International Space Station thought we knew what we were looking at when we first saw his photos. But we may have caught the beauty and missed the full meaning. Now, through photographs - many of which have never been shared - Hadfield unveils a fresh and insightful look at our planet. He sees astonishing detail and importance in these images, not just because he's spent months in space but because his in-depth knowledge of geology, geography and meteorology allows him to reveal the photos' mysteries. Featuring Hadfield's favourite images, You Are Here is divided by continent and represents one (idealized) orbit of the ISS. Surprising, thought-provoking and visually delightful, it opens a singular window on our planet, using remarkable photographs to illuminate the history and consequences of human settlement, the magnificence of never-before-noticed landscapes, and the power of the natural forces shaping our world and the future of our species.

Chris Hadfield, one of the world's most seasoned and accomplished astronauts, is the author of the #1 international bestseller, An Astronaut's Guide to Life on Earth and You Are Here. The top graduate of the U.S. Air Force Test Pilot School in 1988 and U.S. Navy test pilot of the year in 1991, Hadfield was selected by the Canadian Space Agency to be an astronaut in 1992. He was CAPCOM for twenty-five Shuttle launches and served as Director of NASA Operations in Star City, Russia, from 2001-2003, Chief of Robotics at the Johnson Space Center in Houston from 2003-2006, and Chief of International Space Station Operations from 2006-2008. Hadfield served as Commander of the International Space Station where, while conducting a record-setting number of scientific experiments and overseeing an emergency spacewalk, he gained worldwide acclaim for his breathtaking photographs and educational videos about life in space. His music video, a zero-gravity version of David Bowie's "Space Oddity," received over 10 million views in its first three days online. His TED talk has been viewed over four million times and he judged the BBC TV series Astronauts: Do You Have What It Takes?