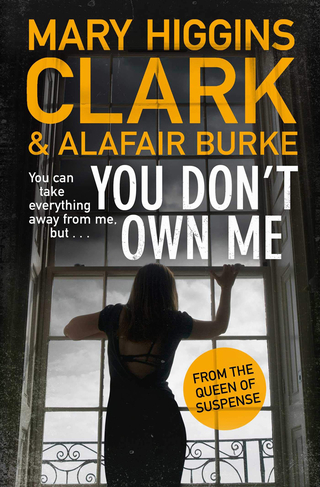 You Don't Own Me

The extraordinary new novel from the grande dame of suspense Mary Higgins Clark and Alafair Burke. Martin and Kendra Bell have the perfect life. But cracks have started to appear on the surface of their marriage. Kendra suspects that Martin isn't the kind and generous man she fell in love with. And Martin believes that Kendra is hiding a drinking habit - what else could explain her rapid personality change? And then someone guns Martin down in front of his own house. Despite Kendra's rock-solid alibi, suspicion falls on her shoulders. Five years later, Martin's killer remains at large, and Kendra remains a suspect. Now, with Martin's parents threatening to take her children from her, Kendra will have to get help from the only people who believe she's innocent: Laurie and the Under Suspicion team. And what they uncover will change everything. *** Praise for Mary Higgins Clark & Alafair Burke *** 'I adore Mary Higgins Clark' Karin Slaughter 'Trust Mary Higgins Clark to know what frightens us to death' New York Times 'Clark plays out her story like the pro that she is . . . flawless' Daily Mirror 'Should come with a warning: start in the evening and you'll be reading late into the night' USA Today

The number one New York Times bestselling author Mary Higgins Clark has written thirty-five suspense novels; four collections of short stories; a historical novel, a memoir, two children's books, and most recently partnered with Alafair Burke to collaborate on a new series: The Under Suspicion novels. With her daughter Carol Higgins Clark, Clark has co-authored five more suspense novels. Her books are international bestsellers with more than one hundred million copies in print in the United States alone. Alafair Burke is the Edgar-nominated, New York Times bestselling author of twelve novels, including The Wife, The Ex, If You Were Here, Long Gone, and the Ellie Hatcher series. A former prosecutor, she is now a professor of criminal law and lives in Manhattan.