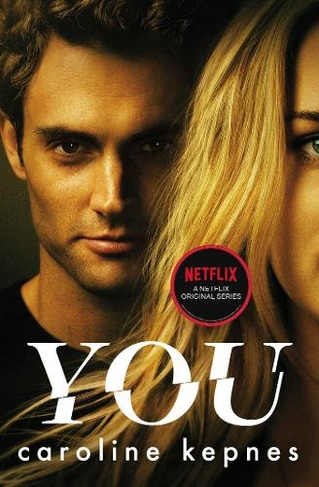 You: Now a Major Netflix series (YOU series 1 TV Tie-In)

*** NOW A MAJOR NETFLIX SERIES *** 'Thriller of the Year' Daily Mail 'Hypnotic and scary' Stephen King 'Examines the fine line between seduction and stalking . . . Ludicrously readable' Guardian When aspiring writer Guinevere Beck strides into the bookstore where Joe works, he is instantly smitten. But there's more to Joe than Beck realises and much more to Beck than her perfect facade. And the obsessive relationship quickly spirals into a whirlwind of deadly consequences... A chilling account of unrelenting, terrifying deceit, Caroline Kepnes' You is a thriller more perversely clever and dangerously twisted than any YOU have ever read. 'I am RIVETED, AGHAST, AROUSED, you name it. The rare instance when prose and plot are equally delicious' Lena Dunham 'Brilliant thriller with attitude, guts and true insight into the nature of obsession' Sophie Hannah 'A fantastically creepy thriller... The kind of book you put your life on hold for' Glamour 'Clever and chilling' Elle 'A brilliant tale... It's Gone Girl meets a sinister version of Girls' Marie Claire 'An addictive thriller!' Closer

Caroline Kepnes is the author of You, Hidden Bodies, Providence, and numerous short stories. Her work has been translated into a multitude of languages and inspired a television series adaptation of You, currently on Netflix. Kepnes graduated from Brown University and previously worked as a pop culture journalist for Entertainment Weekly and a TV writer for 7th Heaven and The Secret Life of the American Teenager. She grew up on Cape Cod, Massachusetts, and now lives in Los Angeles.