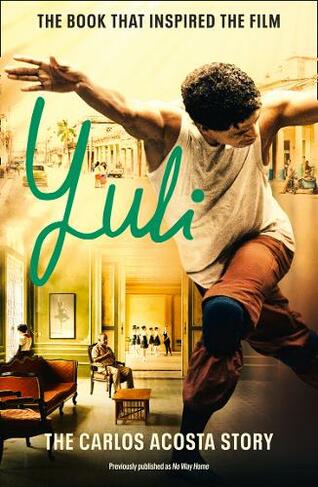 By Carlos Acosta (Author)
Paperback
https://www.whsmith.co.uk/products/yuli-the-carlos-acosta-story/carlos-acosta/paperback/9780008354190-12-000.html £8.19 rrp £9.99 Save £1.80 (18%)
GBP
Availability
In Stock
Free Delivery Available When You Spend £25 Or More
Details
Spend £25 On Products To Receive Free Standard Delivery To Your Home Or Free Next Working Day Click And Collect To Store
Share

NOW AN AWARD-WINNING FEATURE FILM STARRING CARLOS ACOSTA 'The dazzling Carlos Acosta is the Cuban Billy Elliot, a poor kid who triumphed over prejudice and humble origins ... Frankly, you couldn't make it up.' Daily Mail In 1980, Carlos Acosta was just another Cuban kid of humble origins, the youngest son in a poor family named after the planter who had owned his great-great-grandfather. With few options and an independent spirit, Carlos spent his days on the streets, dreaming of a career in football. But even at a young age, Carlos had extraordinary talent. At nine, he was skipping school to win break-dancing competitions as the youngest member of a street-gang for whom dance contests were only a step away from violence. When Carlos's father enrolled him in ballet school, he hoped not only to nurture his son's talent, but also to curb his wildness. Years of loneliness, conflict and crippling physical effort followed, but today the Havana street-kid is an international star. This magical memoir is about more than Carlos's rise to stardom, however. It is the story of a childhood where food is scarce but love is abundant, where the soul of Cuba comes alive to influence a dancer's art. It is also about a man forced to leave behind his homeland and loved ones for a life of self-discipline, displacement and brutal physical hardship. Carlos Acosta makes dance look effortless, but the grace, strength and charm have come at a cost - here, in his own words, is the story of the price he paid. Previously published as 'No Way Home'.

Carlos Acosta was born in Cuba in 1973. He started dancing when he was nine. From 1989 to 1991 he performed throughout the world, guesting with companies including the Compagnia Teatro Nuovo di Torino in Italy. In 1992, he was made a member of the National Ballet of Cuba, becoming Principal Dancer in 1994. In 1993, he was invited to join the Houston Ballet company and in 1998 became the first black principal dancer at The Royal Ballet, Covent Garden, where he remains as Principal Guest Artist. Over the years, Carlos has appeared as an international guest artist in the USA, Russia, Holland, Chile, Argentina, Greece, Japan, Italy, Germany and France. In 2003, Carlos was featured in 'The Reluctant Ballet Dancer', a programme in the Imagine series shown on BBC1.