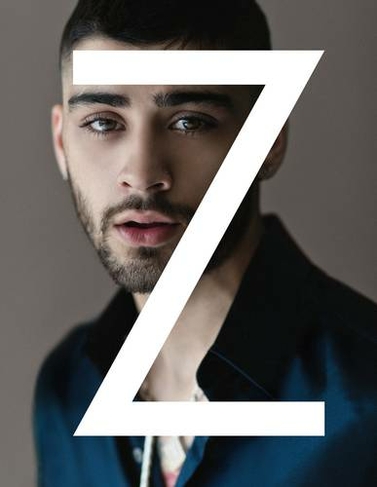 ***NOMINATED FOR THE NME BEST BOOK AWARD 2017 *** The first and only OFFICIAL book from ZAYN, for his ultimate fans. Zayn's autobiography features exclusive, never-before-seen photographs alongside his story. -------------------------------- 'This book is my diary of a period that I would like to share with you all. I hope that there are things in the book that contextualise some of the moments and memories we have all shared together. There are things I address in the book that are very personal to me, things that I have never told anyone, things I still find hard to talk about. It's a part of a journey I'm still on' - ZAYN ZAYN opens up with this collection of thoughts, inspiration, and never-before-seen personal photographs. After five years of massive success with One Direction, ZAYN launched his career as a solo artist with Mind of Mine, becoming one of the most successful artists in the world. Now, for the first time ever, ZAYN is going to tell and show all in this intimate and raw scrapbook of his life. Never-before-released photos give readers insight to ZAYN, no-holds-barred. Gorgeously designed with hundreds of full-color photographs and Zayn's notes, drawings, song lyrics, and personal stories, the book captures Zayn's most private moments and his candid feelings on fame, success, music, and life. The next chapter of ZAYN'S evolution into global superstar, told by the artist who is living it. Global superstar ZAYN shares a photographic journey of his life since leaving One Direction. *** Reviews for Mind of Mine: "A singer eager to reclaim the parts of himself that five years in the pop klieg lights forced into the shadows." -The New York Times "Sonically, you won't find many pop albums in 2016 more immaculately conceived than this." -SPIN "Sublime." -USA Today "Malik can sing . . . he's done this before, but not like this." -Rolling Stone "A moody, deeply textured R&B album..." -Los Angeles Times "Zayn has clearly achieved his aim of making an album of sexy, credible pop-R&B." -NME

ZAYN is an internationally celebrated music artist whose debut solo release, Mind of Mine, made him the first British male artist to debut at number one in both the UK and US with both his debut single and debut album. He lives in Los Angeles and London.inzayn.com@zaynmalik on Twitter@zayn on Instagramhttps://www.facebook.com/zayn/ on Facebook