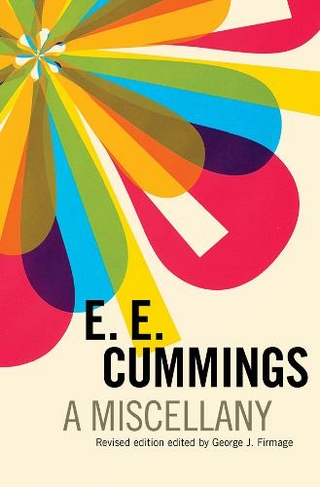 Formally fractured and yet gleefully alive and whole, E.E. Cummings's groundbreaking modernist poetry expanded the boundaries of language. In A Miscellany, originally released in a limited run in 1958, Cummings lent his delightfully original voice to "a cluster of epigrams", forty-nine essays, a poem and three speeches from an unfinished play. Seven years later, George J. Firmage broadened the scope of this idiosyncratic collection, adding seven poems and essays, and many of Cummings's unpublished line drawings. Together, these pieces paint a distinctive portrait of Cummings's eccentric genius. His essays explore everything from Cubism to the circus, analyse his poetic contemporaries and satirise New York society. As Cummings wrote in his original foreword, A Miscellany "contain[s] a great deal of liveliness and nothing dead." This remains true today.

E. E. Cummings (1894-1962) was among the most influential, widely read, and revered modernist poets. He was also a playwright, a painter, and a writer of prose. Born in Cambridge, Massachusetts, he studied at Harvard University and, during World War I, served with an ambulance corps in France. He spent three months in a French detention camp and subsequently wrote The Enormous Room, a highly acclaimed criticism of World War I. After the war, Cummings returned to the States and published his first collection of poetry, Tulips & Chimneys, which was characterized by his innovative style: pushing the boundaries of language and form while discussing love, nature, and war with sensuousness and glee. He spent the rest of his life painting, writing poetry, and enjoying widespread popularity and success. George J. Firmage edited many works by Cummings, including Erotic Poems; Complete Poems, 1904- 1962; and Fairy Tales.