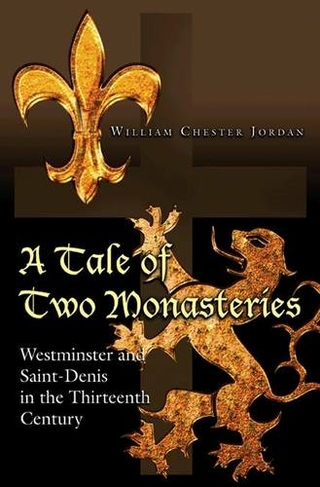 A Tale of Two Monasteries takes an unprecedented look at one of the great rivalries of the Middle Ages and offers it as a revealing lens through which to view the intertwined histories of medieval England and France. This is the first book to systematically compare Westminster Abbey and the abbey of Saint-Denis--two of the most important ecclesiastical institutions of the thirteenth century--and to do so through the lives and competing careers of the two men who ruled them, Richard de Ware of Westminster and Mathieu de Vendome of Saint-Denis. Esteemed historian William Jordan weaves a breathtaking narrative of the social, cultural, and political history of the period. It was an age of rebellion and crusades, of artistic and architectural innovation, of unprecedented political reform, and of frustrating international diplomacy--and Richard and Mathieu, in one way or another, played important roles in all these developments. Jordan traces their rise from obscure backgrounds to the highest ranks of political authority, Abbot Richard becoming royal treasurer of England, and Abbot Mathieu twice serving as a regent of France during the crusades. By enabling us to understand the complex relationships the abbots and their rival institutions shared with each other and with the kings and social networks that supported and exploited them, A Tale of Two Monasteries paints a vivid portrait of medieval society and politics, and of the ambitious men who influenced them so profoundly. 1 Maps

William Chester Jordan is the Dayton-Stockton Professor of History at Princeton University. His books include" Unceasing Strife, Unending Fear: Jacques de Therines and the Freedom of the Church in the Age of the Last Capetians" (Princeton) and "Europe in the High Middle Ages".