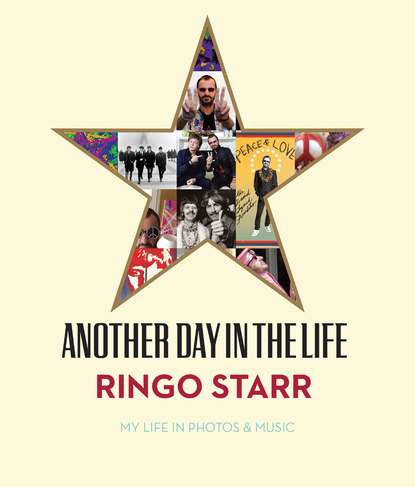 Another Day In The Life: My Life in Photos & Music

"This is a way of putting my life out there, because if I were to write a memoir, there'd be five volumes before I got to The Beatles. So I'm going at it this way, through photographs and quotes. And this is, I feel, a better way for me to do it." - Ringo Starr "Ringo's picture book, Ringo in book form. The essence of Ringo." - David Lynch Another Day In The Life is introduced and narrated by Ringo Starr, with forewords by legendary movie director David Lynch and rock photographer Henry Diltz. Ringo shows us the world as seen through a Starr's eyes, in more than 500 observational photographs and rare images from the archives, and an original text of nearly 13,000 words. From Los Angeles to Tokyo and everywhere in between, Ringo's photographs celebrate his life in music and offer a glimpse behind the scenes. Many are taken during historic events, such as Ringo's acceptance of a Grammy Lifetime Achievement Award and his return to New York's Plaza Hotel, 50 years after The Beatles first visited the USA. Another Day In The Life, Ringo Starr's 184-page monograph featuring Paul McCartney, Joe Walsh and a host of All-Starr friends, is captioned throughout with an original commentary. Meditative, witty and always engaging, Ringo reflects on a legendary life in music. RINGOBOOK.COM GENESIS-PUBLICATIONS.COM 500 Illustrations, unspecified

Since beginning his career with The Beatles in the 1960s, Ringo has been one of the world's brightest musical luminaries. He has enjoyed a successful, dynamic solo career as a singer, songwriter, drummer, collaborator, and producer - releasing 18 solo studio albums to date. He is also an acclaimed actor appearing in over 15 films. Drawing inspiration from classic blues, soul, country, honky-tonk and rock 'n' roll, he continues to play an important recording, touring, and unofficial mentoring role in modern music. Following on from the sell-out success of Ringo Starr's series of books with Genesis Publications, Postcards from the Boys (2003) and Photograph (2013), Another Day In The Life is also available as a signed and numbered book, limited to 2,000 copies worldwide. Since 1974, Genesis Publications has created over 100 titles with renowned authors as varied as they are many, including Sir Peter Blake, David Bowie, Jimmy Page, Eric Clapton, Lou Reed, Yoko Ono and Ronnie Wood.