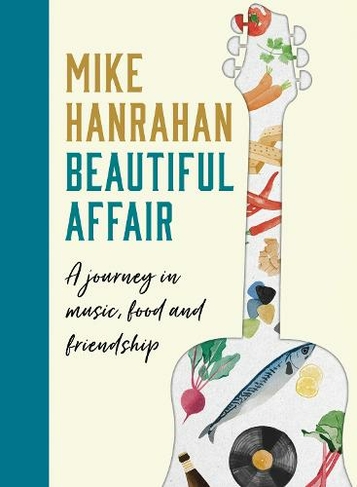 Beautiful Affair: A Journey in Music, Food and Friendship

By Mike Hanrahan (Author)
Hardback
https://www.whsmith.co.uk/products/beautiful-affair-a-journey-in-music-food-and-friendship/mike-hanrahan/hardback/9780008333003-12-000.html £17.60 rrp £22.00 Save £4.40 (20%)
GBP
Availability
In Stock
Free Delivery Available When You Spend £25 Or More
Details
Spend £25 On Products To Receive Free Standard Delivery To Your Home Or Free Next Working Day Click And Collect To Store

From the early days of his music with Stockton's Wing to training at Ballymaloe Cookery School, food and music have been parallel lines that have kept Mike Hanrahan on track his entire life. Mike Hanrahan, cook and teacher, songwriter and musician, takes us back stage and into the kitchens of a bohemian, international and surprisingly foodie group of Irish household names, including Ronnie Drew, Finbar Furey, Maura O'Connell, Leslie Dowdall, Pat Shortt, Eleanor Shanley and Sharon Shannon. Mike penned hit singles 'Beautiful Affair' and 'Walk Away' for Stockton's Wing, from which a world of touring and behind-the-scenes escapades began. With affectionate portraits of the legendary personalities he came to know along the way, Beautiful Affair rings with the sheer graft, dedication and serious sense of humour of a life well spent on stage - and in the kitchen. Mike's time training with Ballymaloe's Darina Allen would see his hobby become a second career. Here, he shares favourite recipes from home, friends and professional kitchens across the country - from family recipes cooked on country hearths to vegetarian folk-club grub and tour-bus pressure-cooker stews. Beautiful Affair tells tales of the Irish music scene from the 1970s through to today, and wends its way through a lifelong love affair with Irish food. 'This is much more than my story. In Beautiful Affair I introduce you to my friends - who share memories, recipes and quite a few amusing anecdotes that add so much sparkle to my life.' - Mike Hanrahan 100 col illus

Ballymaloe-trained chef, songwriter and Stockton's Wing frontman Mike Hanrahan has worked with a who's who of the Irish music scene since the 1970s. Beginning his professional career with Maura O'Connell, he joined Stockton's Wing in 1980, when he wrote the ground-breaking and critically acclaimed album LIGHT IN THE WESTERN SKY, including hit songs 'Beautiful Affair' and 'Walk away'. Mike has collaborated with the Dubliners, Sharon Shannon, The Fureys, De Dannan and Leslie Dowdall, and shared a stage with Michael Jackson and Sammy Davis Jnr. Throughout his musical life, Mike has pursued his passion for food, collecting, swapping and serving up recipes gathered along the way from family, friends and fellow musicians, including Ronnie Drew, Pat Shortt and a surprising cast of colourful characters.