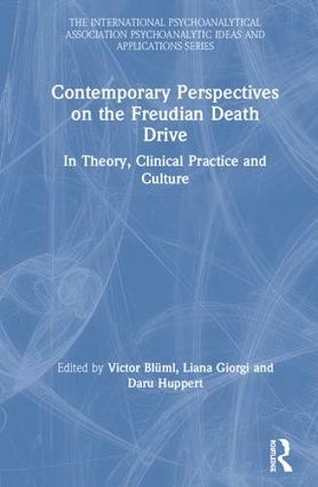 Contemporary Perspectives on the Freudian Death Drive provides a sustained discussion of the death drive from the perspective of different psychoanalytic traditions. Ever since Freud introduced the notion of the death drive, it has been the subject of intense debate in psychoanalysis and beyond. The death drive is arguably the most unsettling psychoanalytic concept. What this concept points to is more unsettling still. It uniquely illuminates the forces of destruction and dissolution at work in individuals as well as in society. This book first introduces Freud's use of the term, tracing the debates and developments his ideas have led to. The subsequent essays by leading Viennese psychoanalysts demonstrate the power of the death drive to illuminate psychoanalytic theory, clinical practice, and the study of culture. Since this book originally arose from a conference in Vienna, its final segment is dedicated to the forced exile of the early Viennese psychoanalysts due to the Nazi threat. Due to its wide scope and the many perspectives it offers, this book is a tribute to the disturbing relevance of the death drive today. Contemporary Perspectives on the Freudian Death Drive is of special interest to psychoanalysts, psychotherapists, social and cultural scientists, as well as anyone intending to understand the sources and vicissitudes of human destructiveness.