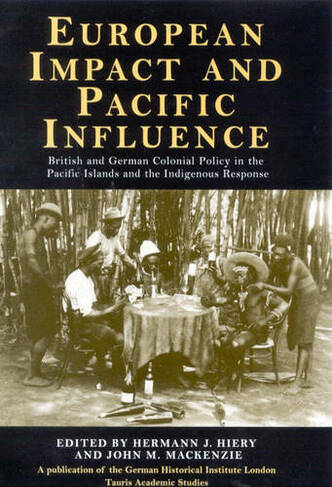 European Impact and Pacific Influence: British and German Policy in the Pacific Islands and the Indigenous Response (International Library of Historical Studies v. 7)

British and German ambitions have clashed in the Pacific at many times in the last two centuries. This is a study of those episodes, and their effects on the European powers and the Pacific Islanders involved. It throws light on the activities of missionaries in Micronesia, head-hunters in New Guinea, Law-makers in Tonga and the influence of the British and Germans in the region. The book considers: European perceptions of Pacific islanders and vice versa; the ecological effect of European intervention, both on the environment and its inhabitants; the efforts to impose a European rule of law in the South Pacific; the area of sexuality as a specific form of Pacific-European interaction where cultural differences between European and traditional behaviour was at its most marked. maps