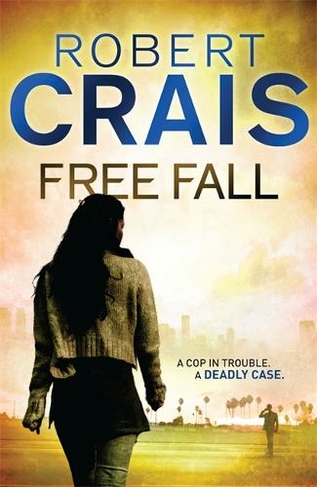 By Robert Crais (Author)
Paperback
https://www.whsmith.co.uk/products/free-fall-cole-and-pike/robert-crais/paperback/9781409138211-12-000.html £8.19 rrp £9.99 Save £1.80 (18%)
GBP
Availability
In Stock
Free Delivery Available When You Spend £25 Or More
Details
Spend £25 on eligible products to receive free standard delivery to home or free next working day click and collect to store
Share

Corruption, conspiracy and a cop in trouble - only Cole and Pike can help. Elvis Cole is just a detective who can't say no, especially to a girl in a terrible fix. And Jennifer Sheridan qualifies. Her fiance, Mark Thurman, is a decorated LA cop with an elite plainclothes unit, but Jennifer is sure he's in trouble - the kind of serious trouble that only Cole can get him out of. Five minutes after his new client leaves the office, Cole and his partner, the enigmatic Joe Pike, are hip-deep in a deadly situation as they plummet into a world of South Central gangs, corrupt cops and conspiracies of silence. And before long, every cop in the LAPD is gunning for a pair of armed and dangerous killers - Cole and Pike.

Robert Crais is the author of the bestselling Cole & Pike novels. A native of Louisiana, Crais moved to Hollywood in the late 70s where he began a successful career in television, writing scripts for such major series as CAGNEY & LACEY, MIAMI VICE and HILL STREET BLUES. In the mid 80s, following his success with the TV buddy genre, Crais created a series of crime novels based around the characters Cole & Pike. In addition, Crais has also written several bestselling standalone thrillers. In 2014 he became a Grand Master of the Mystery Writers of America. Robert Crais lives in Los Angeles with his wife and family. Find out more at www.robertcrais.com.