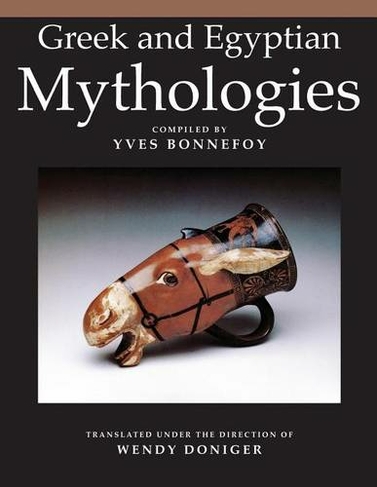 The seventy-two entries in this volume explore, among other topics, the history, geography, and religion of Greece, Plato's mythology and philosophy, the powers of marriage in Greece, heroes and gods of war in the Greek epic, and origins of mankind in Greek myths. Ancient Egyptian cosmology, anthropology, rituals, and religion--closely linked to Greek mythology--are also discussed. "In a world that remains governed by powerful myths, we must deepen our understanding of ourselves and others by considering more carefully the ways in which the mythological systems to which we cling and social institutions and movements to which we are committed nourish each other. Yves Bonnefoy's Mythologies not only summarizes the progress that has already been made toward this end, but also lays the foundation for the difficult work that lies ahead."--Mark C. Taylor, New York Times Book Review "The almost 100 contributors combine, with characteristic precision and ilan, the arts of science and poetry, of analysis and translation. The result is a treasury of information, brilliant guesswork, witty asides, and revealing digressions. This is a work of genuine and enduring excitement." --Thomas D'Evelyn, Christian cience Monitor Ill.

Yves Bonnefoy (1923-2016) is recognized as the greatest French poet of the past fifty years. By the time of his death, he had published eleven major collections of poetry in verse and prose, several books of tales, and numerous studies of literature and art. Hoyt Rogers translates works from French, German, Italian, and Spanish. Wendy Doniger is the Mircea Eliade Professor of the History of Religions in the Divinity School and a professor in the Department of South Asian Languages and Civilizations and the Committee on Social Thought at the University of Chicago.