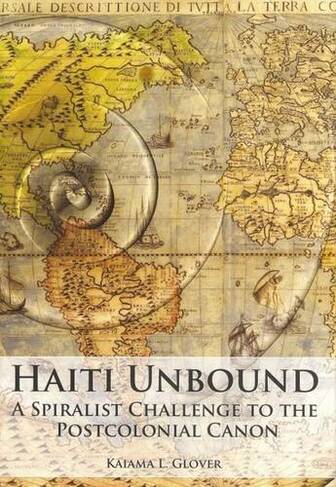 An Open Access edition of this book is available on the Liverpool University Press website and the OAPEN library. Historically and contemporarily, politically and literarily, Haiti has long been relegated to the margins of the so-called 'New World.' Marked by exceptionalism, the voices of some of its most important writers have consequently been muted by the geopolitical realities of the nation's fraught history. In Haiti Unbound, Kaiama L. Glover offers a close look at the works of three such writers: the Haitian Spiralists Franketienne, Jean-Claude Fignole, and Rene Philoctete. While Spiralism has been acknowledged by scholars and regional writer-intellectuals alike as a crucial contribution to the French-speaking Caribbean literary tradition, the Spiralist ethic-aesthetic not yet been given the sustained attention of a full-length study. Glover's book represents the first effort in any language to consider the works of the three Spiralist authors both individually and collectively, and so fills an astonishingly empty place in the assessment of postcolonial Caribbean aesthetics. Touching on the role and destiny of Haiti in the Americas, Haiti Unbound engages with long-standing issues of imperialism and resistance culture in the transatlantic world. Glover's timely project emphatically articulates Haiti's regional and global centrality, combining vital 'big picture' reflections on the field of postcolonial studies with elegant close-reading-based analyses of the philosophical perspective and creative practice of a distinctively Haitian literary phenomenon. Most importantly perhaps, the book advocates for the inclusion of three largely unrecognized voices in the disturbingly fixed roster of writer-intellectuals that have thus far interested theorists of postcolonial (Francophone) literature. Providing insightful and sophisticated blueprints for the reading and teaching of the Spiralists' prose fiction, Haiti Unbound will serve as a point of reference for the works of these authors and for the singular socio-political space out of and within which they write.