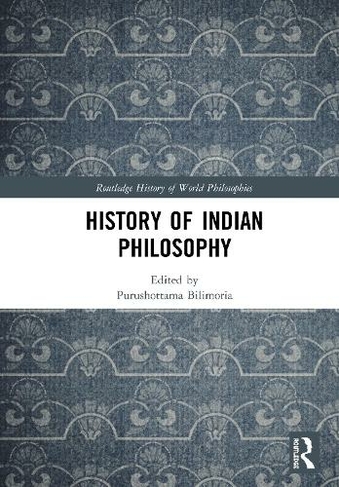 The History of Indian Philosophy is a comprehensive and authoritative examination of the movements and thinkers that have shaped Indian philosophy over the last three thousand years. An outstanding team of international contributors provide fifty-eight accessible chapters, organised into three clear parts: knowledge, context, concepts philosophical traditions engaging and encounters: modern and postmodern. This outstanding collection is essential reading for students of Indian philosophy. It will also be of interest to those seeking to explore the lasting significance of this rich and complex philosophical tradition, and to philosophers who wish to learn about Indian philosophy through a comparative lens. 10 Line drawings, black and white; 7 Tables, black and white

Purushottama Bilimoria is Honorary Professor of Philosophy and Comparative Studies at Deakin University and Senior Fellow with the University of Melbourne, Australia. He is also Visiting Professor at the University of California, Berkeley, where he has been Chancellor's Scholar. He has been a Fellow at Harvard and Oxford (All Souls and OCHS). He serves as Distinguished Teaching Fellow and Doctoral Faculty at the Center for Dharma Studies in the Graduate Theological Union, Berkeley, as well as Editor-in-Chief of two journals, Sophia and the International Journal of Dharma Studies. His research and publications are on classical Indian philosophy, emotions, aesthetics, comparative ethics, continental philosophy, comparative philosophy of religion, diaspora, bioethics, secularity and customary law.