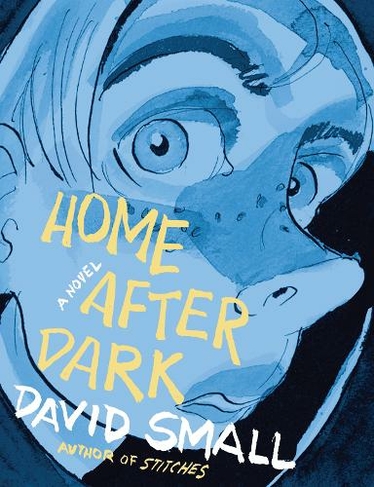 Home After Dark A Novel

Wildly kaleidoscopic and furiously cinematic, Home After Dark is a literary tour-de-force that renders the brutality of adolescence in the so-called nostalgic 1950s, evoking classics such as The Lord of the Flies. Thirteen-year-old Russell Pruitt, abandoned by his mother, follows his father to California in search of a dream. Forced to fend for himself, Russell struggles to survive in Marshfield, a dilapidated town haunted by a sadistic animal killer and a ring of malicious boys who bully Russell for being "queer". Rescued from his booze-swilling father by Wen and Jian Mah, a Chinese immigrant couple who long for a child, Russell betrays them by running away with their restaurant's proceeds. Told through thousands of spliced images, Home After Dark is a new form of literature, a shocking graphic interpretation of cinema verite.

David Small author of the #1 New York Times best-selling Stitches, is the recipient of the Caldecott Medal, the Christopher Medal, and the E. B. White Award. He and his wife, the writer Sarah Stewart, live in Michigan.