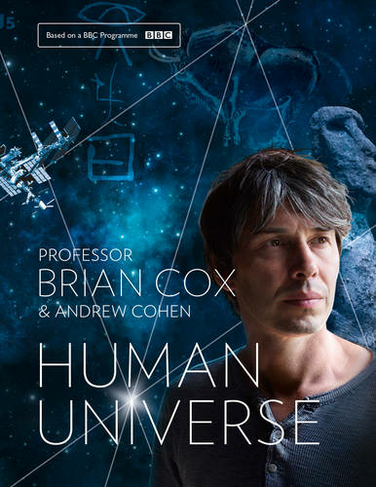 Top ten Sunday TimesBestseller 'Engaging, ambitious and creative' Guardian Where are we? Are we alone? Who are we? Why are we here? What is our future? Human Universetackles some of the greatest questions that humans have asked to try and understand the very nature of ourselves and the Universe in which we live. Through the endless leaps of human minds, it explores the extraordinary depth of our knowledge today and where our curiosity may lead us in the future. With groundbreaking insight it reveals how time, physics and chemistry came together to create a creature that can wonder at its own existence, blessed with an unquenchable thirst to discover not just where it came from, but how it can think, where it is going and if it is alone. Accompanies the acclaimed BBC TV series. (colour photographs throughout), Index

Professor Brian Cox, OBE is a particle physicist, a Royal Society research fellow, and a professor at the University of Manchester as well as researcher on one of the most ambitious experiments on Earth, the ATLAS experiment on the Large Hadron Collider in Switzerland. He is best known to the public as a science broadcaster and presenter of the popular BBC Wonders trilogy. Andrew Cohen is Head of the BBC Science Unit and the Executive Producer of the BBC series Human Universe. He has been responsible for a wide range of science documentaries including Horizon, the Wonders trilogy and Stargazing Live. He is an honorary lecturer in Life Sciences at the University of Manchester and lives in London with his wife and three children.