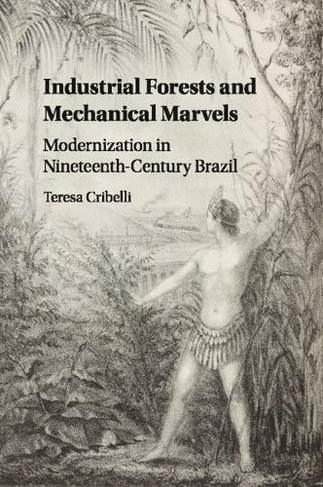 An account of modernization and technological innovation in nineteenth-century Brazil that provides a distinctly Brazilian perspective. Existing scholarship on the period describes the beginnings of Brazilian modernization as a European or North American import dependent on foreign capital, transfers of technology, and philosophical inspiration. Promoters of modernization were considered few in number, derivative in their thinking, or thwarted by an entrenched slaveholding elite hostile to industrialization. Teresa Cribelli presents a more nuanced picture. Nineteenth-century Brazilians selected among the transnational flow of ideas and technologies with care and attention to the specific conditions of their tropical nation. Studying underutilized sources, Cribelli illuminates a distinctly Brazilian vision of modernization that challenges the view that Brazil, a nation dependent on slave labor for much of the nineteenth century, was merely reactive in the face of the modernization models of the North Atlantic industrializing nations. 1 Maps; 26 Halftones, black and white; 1 Line drawings, black and white

Teresa Cribelli holds an M.A. in Latin American Studies from the University of New Mexico, and an M.A. and Ph.D. in Latin American History from The Johns Hopkins University. She has published articles and book chapters in the US, Brazil, and the UK. She has also curated an exhibition on the Brazilian Black Movement at the University of Alabama and the Birmingham Civil Rights Institute. She is a past recipient of a Fulbright Fellowship and a Spencer Baird Fellowship at the Dibner Library of Science and Technology, a Smithsonian Institution Library, in Washington, DC. She is currently an Assistant Professor of History at the University of Alabama and Dibner Research Fellow in the History of Science and Technology at the Huntington Library in San Marino, California.